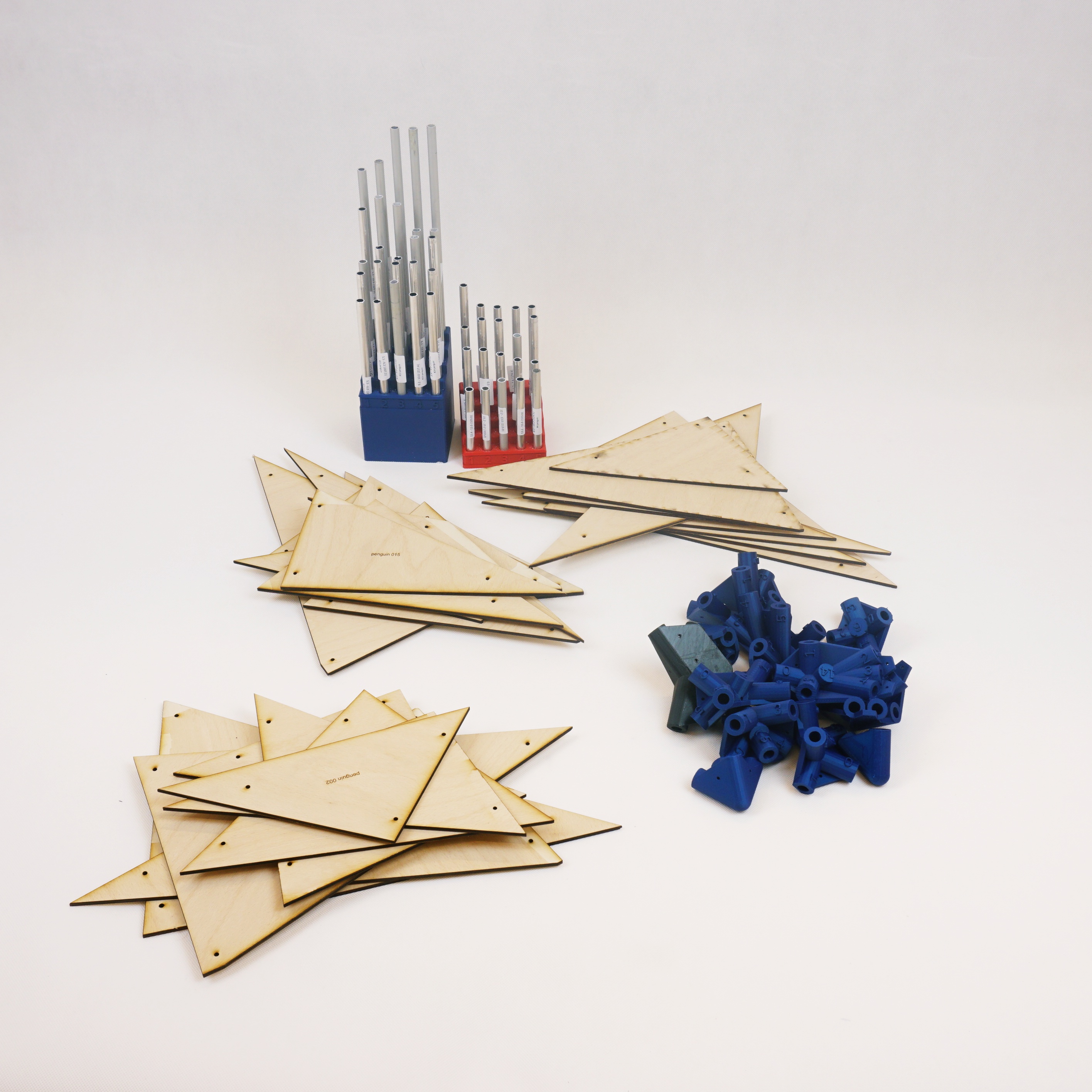 I (also) got an idea to use 3D printed connectors to create irregular structures. With irregular I mean objects without right angels. Good example are the well-known low-polygon models. I was thinking about a system which takes a low-poly model as an input and generates data for 3D printer, laser cutter and all other data to produce components which are used to assembly a structure.  Any size, any material. Digital fabrication in practice.

It might be quite useful. What do you think?

I would be able to produce sculptures like Xavier Veilhan or Ben Foster within hours or days.

Any form, any material and any size. (almost 🙂 )

I thought I would have such system ready in two months. I started in May 2018. I’m still not ready.

(…but results are promising 😉 )

The idea was to create a frame from aluminum tubes connected by 3d printed connectors.  The good start is to create a procedure which takes triangle mesh as an input and generates models of the connectors. It also delivers list of beams with effective lengths.  In two weeks,  with a knowledge of college-grade math,  I had a command line procedure ready. The procedure is coded in Python. It is able to produce a code for OpenScad. I use OpenScad as a modeler. It is quite simple,  but powerful tool. OpenScad generates models of the connectors and helps to visualize the whole model too. Generated STL files are ready to be printed on 3D printer.

Browsing the internet, I found other similar projects and tools like a kickstarter project Nudel,  which promised to generate connectors for wire-frame constructions

Also Grasshopper (an extension for Rhino)  can be parametrized to generate connector mesh models.

The name of the little (4000 lines of code) program is Subface.  After a successful test with wooden sticks and printed connectors I extended the functionality to generate connectors with mounting pads. Mounting pads are places in the corners where faces will be fastened. Either by bolt, screw or glue.  As a first prototype I created a model of deformed cube. It is ugly, but it is simple shape to test a concave and convex angles between faces. The Ugly is the first life-size model I created.  To give it a coat,  I have to calculate the final size of each face.

And the easy part was over. 🙁

Guess why?  (in the comments bellow)